Maserati MC12, One Of The Best Performing Exotic Cars

April 04, 2021
Controversy surrounded the Maserati MC12 when it was launched. Is it a road car or a racing car? Maserati built 25 MC12s, and insists this is a limited edition road car. It is definitely an exotic car, but has got Maserati back into racing in the FIA GT sports car championships. So much so that the Maserati MC12 team won the FIA GT 2005 series comfortably. Maserati used to win lots of races 50 years ago, so it is no surprise that the management decided to get back into racing, nor that Ferrari did not need to enter the GT series. In truth, there are many differences between the production cars and the racers, which have different tails with massive rear high-mounted spoilers and a low spoiler as well. Any way you look at it, the Maserati MC12 is a mighty powerful exotic car with a very advanced design. Top speed is around 205 mph, and 0-60 takes a little less than 4 seconds. About average for a supercar of this shape with a V-12 engine producing 620 bhp down from the Enzo's power o
Read more

March 10, 2021
After prompting from customers, Horacio Pagani has created the Pagani Zonda R, a Zonda for any race track, and any race where there are no real regulations. With a top speed of about 230 mph, a 0-60 mph time of around 3 seconds, the performance will be electrifying – but you can only get it on the track. A racing car mostly for non-racers Paganis are bought by people who just love brilliant and exclusive cars, and most are not interested in racing but they do love driving round a race track. It is for people like these that the Zonda R was conceived. However, it is a true sports racing car, and could easily be adapted for some classes of racing. Horacio Pagani himself is not interested in racing, but is ready to build what his customers want. Although the Zonda R looks very similar to the Zonda F it is a completely new car with very few shared components. To start with, the car has been lengthened by 15.5 in (394 mm), with an extra 1.8 (47 mm) inches in the wheelbase. This allows much
Read more 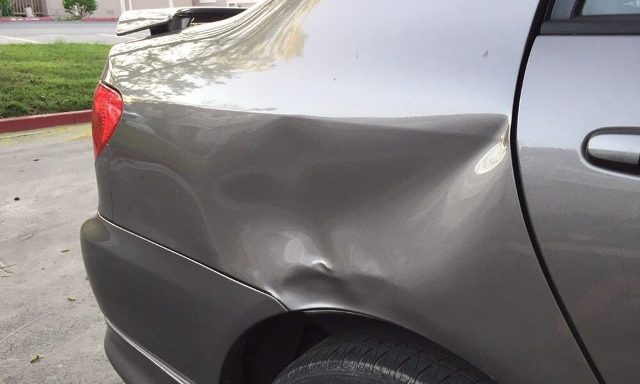 All it takes is one trip to the food store or mall and your car can acquire a dent. Most dents are not readily noticed, but once spotted you’ll begin to look at your once pristine car with dismay. Time to take it to the body shop, right? Well, no. Unless you don’t mind paying handsomely to have the garage do a job that you can easily handle yourself. Dry Ice You could use a handheld dent puller to do the job. This may be your only option with a very large, creased dent. Be prepared to drill some holes, pull out the dent and then plug the holes with bond filler and repaint. Suction cup dent pullers are another option, but those don’t always work. Besides, if there was something you could use that costs no more than $2, wouldn’t you be intrigued? That low cost item is a block of dry ice, a super cooled chunk of solidified carbon dioxide. Touch it with your hands and you’ll get burned. Wear insulated gloves and safety glasses and you should be fine. Fast Work If the dent is on the hood, r
Read more 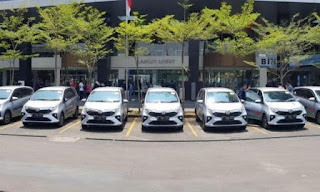 If you intend to buy a new car, then the Daihatsu Sigra can be the best solution for you. Even this LCGC MPV car is in fact increasingly in demand by the public. This can be seen from the increasing number of people who are looking for the specifications of this car even further. This is not without reason, because even this 2016 car has its own advantages. As we already know, Daihatsu itself is one of the car manufacturers which has its own enthusiasts for Indonesian citizens. This can be proven by the number of cars from this manufacturer that are passing through the streets of the archipelago. Including the presence of the Daihatsu Sigra type which offers a special attraction for its consumers. Cars are indeed one type of vehicle that is sought after because of the number of advantages it offers, such as being able to provide comfort in driving because it is free from heat or rain. Everyone who intends to buy this vehicle, of course, will consider how the quality of the car is not.
Read more 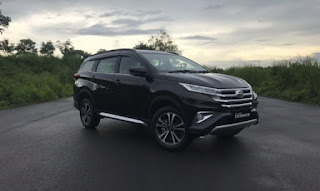 Daihatsu All New Terios is yet to be launched, providing significant changes to its appearance including the exterior, interior and engine sectors. Even talking about the price, many do not think that the All New Terios is offered without increasing compared to the previous generation. In fact, there are several types whose prices have actually dropped. PT Astra Daihatsu Motor has recorded orders since its launch to date with 4,000 units. Order for All New Terios Vehicles (SPK) has been around 4,000 units since its launch, this month (January) shipments of up to 2,000 units if 4,000 new units will be completed by the month front. Of the total SPK entered, the average consumer prefers to buy the highest type of Daihatsu All New Terios, namely R which is transmitted manually. This phenomenon is common, especially when new models are launched so that consumers will look for the highest variant at a high price. If a car is recently launched it is usually the highest selling (high variant).
Read more